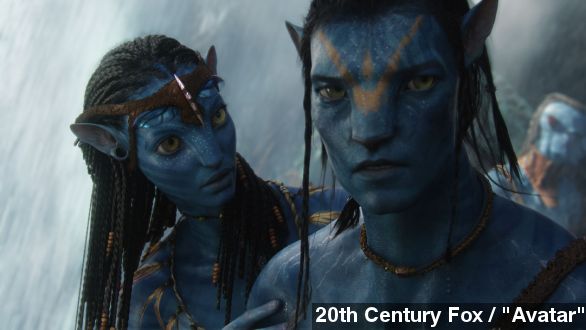 Well if some is good more is better right? The stars of blockbuster hit "Avatar" have signed on for the "Avatar" sequels.

Fox announced Tuesday, Zoe Saldana and Sam Worthington who played the lead characters in "Avatar," will be returning to the silver screen for three more sequels in Pandora.

James Cameron says his leading couple is just as excited as he is. (Via Access Hollywood)

"They wanted to come back, it's not a question of contract. Sam and Zoe are very eager to get back into their characters."

Cameron first announced the sequels in August. (Via Rolling Stone)

Cameron also announced back in October he plans on bringing back the first film's villain, the colonel, played by Stephen Lang. Now if you're thinking to yourself, 'he died right?' Yep, sure did. Cameron doesn't care. (Via On The Red Carpet)

On Avatar's website Cameron said of Lang's character, "I’m not going to say exactly how we’re bringing him back, but it’s a science fiction story, after all." And what's science fiction without something extremely unrealistic?

The movies will be shot back to back and if everything goes as planned will be released annually in December starting in 2016. (Via Discovery)

"Avatar" still holds its title as the highest-grossing movie of all time bringing in a whopping $2.8 billion worldwide.