You Probably Won't Get An Infection From A Hair Tie 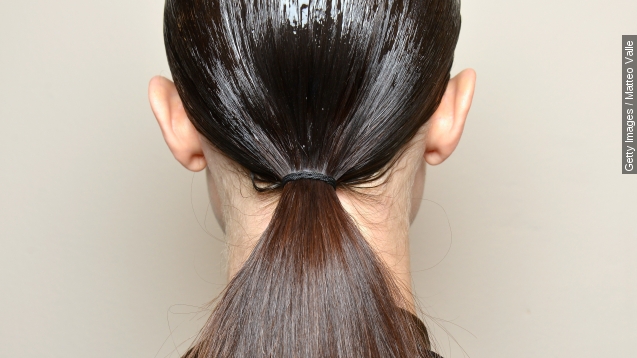 SMS
You Probably Won't Get An Infection From A Hair Tie
By Katie Link
By Katie Link
December 1, 2015
The story of a woman's medical scare caused by a hair tie around her wrist has gone viral. But what are the chances it could happen to you?
SHOW TRANSCRIPT

Lots of women do it. They wear a hair tie around their wrist in case they need to put their hair up. And as far as we know, doing so has only backfired in this particular way once.

A Kentucky woman had to have emergency surgery after a glittery hair tie worn on her wrist caused an infection.

Her story was picked up by lots of news outlets and websites. Most publications posted a "beware" message, which fueled a fire of fear.

But like we said, death by glittery-hair-tie-infection probably isn't something to worry about when you get up each morning. However, wearing a hair tie, or any type of bracelet, too tightly can pose risks.

Remember the Silly Bandz craze from a few years ago? Those "bracelets" did cause some health concerns after reports of kids temporarily losing circulation to their hands. (Video CNN)

A doctor told Fox News: "These bands could cause what we call a tourniquet effect that can cause your veins to get congested. The bracelets could cause blood clots to form in some of the veins."

So a word to the wise, to avoid cutting off circulation, or in the very very rare case an infection, give those wrists a break every once in a while.

This video includes an image from Scot Scoop / CC BY 2.0.

The Rocky Future Of Climbing Due To Climate Change

Omicron Variant May Have Reached Europe Earlier Than Thought

Fast Fashion's Impact On The Environment