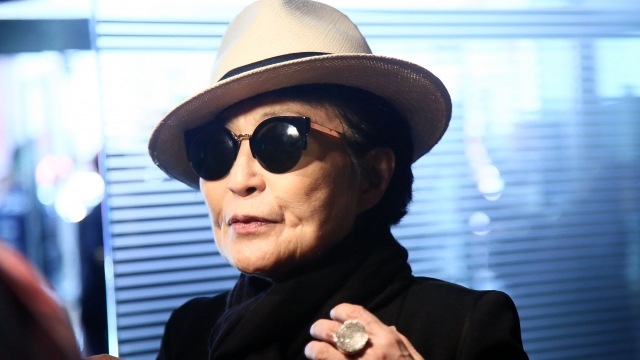 SMS
Yoko Ono Was Hospitalized With 'Extreme Flu-Like' Symptoms
By Samantha Crook
By Samantha Crook
February 27, 2016
The 83-year-old artist and widow of the late John Lennon is expected to be discharged this weekend. Her son denied that she had a stroke.
SHOW TRANSCRIPT

The artist and widow of musician John Lennon was reportedly rushed to the hospital from her New York apartment. Police originally told WCBS she might have had a stroke.

But Ono's son denied the claim on Twitter, saying, "Only stroke @yokoono had was a Stroke of Genius!" He also tweeted that she was just dehydrated and tired.

Ono's publicist told CNN that the 83-year-old would probably be discharged from the hospital Saturday.

This video includes clips from Bag Productions / 'Bed Peace' and #smilesfilm by yoko ono and images from Getty Images.