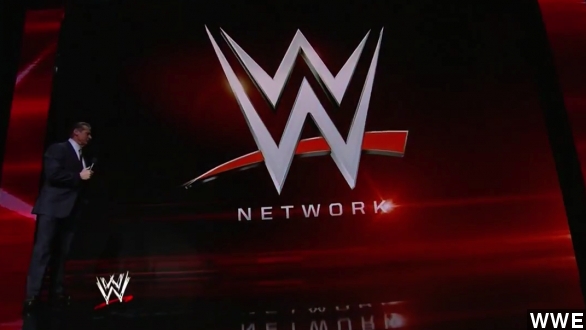 ​The WWE Network is set to launch next month, and it's bringing all the suplexes and smackdowns to binge viewers.

In February, the network will launch its own streaming service, allowing wrestling fans to watch all 12 of its pay-per-view events and original content 24/7. That includes every new show and access to more than 1,500 hours of previous matches, like classic "Monday Night Raw."

"... where Stone Cold Steve Austin showed up each and every Monday night and opened up a can of whoop-ass like only he can do." (Via WWE)

Vince McMahon and his crew announced the venture at the Consumer Electronics Show Wednesday. The service will be priced at $9.99 per month with a required six-month commitment.

The WWE first teased the idea of its own network back in 2011 but kept quiet about the service until now.

After seeing the popularity of streaming services like Netflix and their ability to host all content on-demand, the WWE opted to stream. To make it even easier for fans to join the network, the WWE cut the cable company out of the picture completely.

WWE chief revenue and marketing officer Michelle Wilson echoed the idea. The Huffington Post quoted her saying:​ "We have the content and we have the fanbase willing to pay for it and build it. … Most people don't think fond things of cable or satellite providers. We think we can overdeliver like we always have." (Via The Huffington Post)

Users will be able to stream via desktops on WWE.com. The network will also be available with the WWE app available on Kindle Fire, Android, iOS, Roku, PlayStation 3 and 4, and the Xbox 360. Expect to see access on Xbox One and smart TVs this summer.

The only shows not available to stream instantly will be "Monday Night Raw" and "Smackdown." They will be available after they air on cable.

Variety notes U.S. fans won't be the only ones streaming, and the WWE will expand its service outside the ring to include the United Kingdom, Canada and beyond toward the end of the year. With a worldwide and loyal fanbase, the company believes it can cover its costs.

"The WWE has said it needs 800,000 to 1 million subscribers for the WWE Network to break even. Each subscription will generate around $600 for the company per year." (Via Variety)

We'll know in the coming months if the wrestling league can hit that mark. The WWE network will go live on Feb. 24 just in time for the Super Bowl of wrestling, WrestleMania 30.