Would A Lindsay Lohan Tell-All Be Worth Reading? 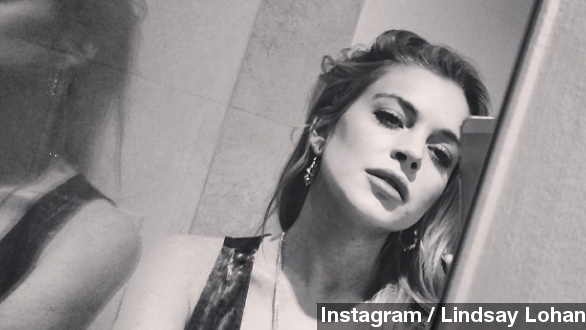 SMS
Would A Lindsay Lohan Tell-All Be Worth Reading?

By Jasmine Bailey
December 15, 2013
Rumors are swirling that Lindsay Lohan is working on a tell-all book.
SHOW TRANSCRIPT

As if the world didn't know enough about the antics of Lindsay Lohan, looks like we might get a page-by-page description from the troubled star herself.

Lohan reportedly plans to dish about everything — drugs, rehab, her family — in a tell-all book.  (Via YouTube / GagosianGallery)

And she was supposedly filmed during a meeting with a publisher in New York while working on her docuseries for OWN.

The book reportedly stems from a series of journals Lohan kept as a therapeutic exercise during her time in rehab. (Via Daily Mail)

So will it be worth a read? A writer for The Hollywood Gossip guesses not, saying Lohan isn't exactly known for truthful storytelling.

​"If it's written by Lindsay, we'll be reading her version of events, and she is a notorious liar who lacks for self-awareness. Bottom line: Things could be sugar-coated, glossed over or just plain inaccurate as she seeks to stroke her own ego and blame others ... or it could be great."

Guess we'll just have to wait and see.