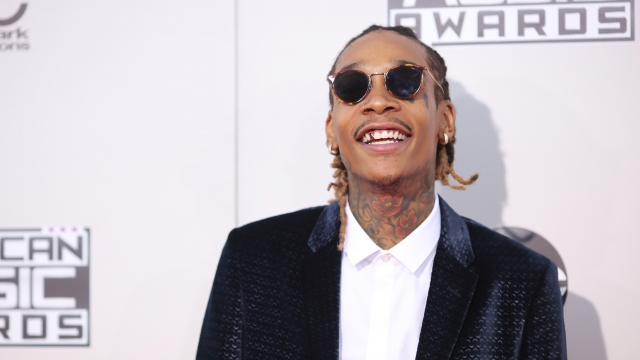 It's early, but this year is already shaping up to be a pretty eventful one for slim stoner Wiz Khalifa.

If all goes according to plan, he'll be able to check off two albums, a partnership with a marijuana company — so he can potentially get high on his own supply — and a Twitter feud with Kanye West.

The rapper recently dropped his sixth studio album, titled "Khalifa," and has said fans can expect another project later in 2016 — "Rolling Papers 2: The Weed Album," a sequel to 2011's "Rolling Papers." (Video via Atlantic Records)

There hasn't been much critical buzz surrounding his album, which was first announced back in December.

"I plan on putting out a project with some unreleased music that nobody's ever heard before," Khalifa said in a video posted to his YouTube channel.

With the album rollout, Khalifa also announced a partnership with Colorado-based marijuana company RiverRock Cannabis. Khalifa plans to launch a line of marijuana products with the company.

You're excused if his new album and weed announcement flew under your radar, though. That's because Kanye West figuratively smoked Khalifa on Twitter after a diss and some miscommunication that turned into an epic Twitter rant.

Kanye later deleted the profane tweets and made amends with Khalifa.

Which is good news. What's more? Khalifa's nominated for three Grammys, and his marijuana venture is scheduled to launch April 20.