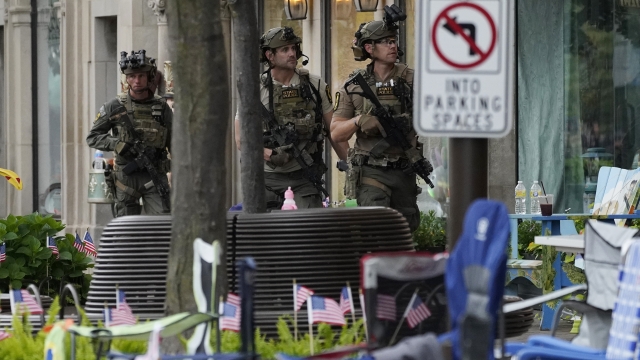 A shooting at a 4th of July parade in Highland Park, Illinois was the latest to shatter the rituals of American life.

This time, the bloodshed came as the nation tried to find cause to celebrate its founding and the bonds that still hold it together.

Aaron Crane, who attended the parade with his wife and two of their three daughters, says it was chaos with everyone running as the gunman opened fire. He and his one daughter got separated from his wife and other daughter in the mayhem.

Crane feels fortunate to have made it out safely with his family, but says they are all feeling uneasy. He joined Newsy's Morning Rush to discuss his experience.