Will Kim Jong-Un's Emoji Break The Internet Like Kim K.'s Did? 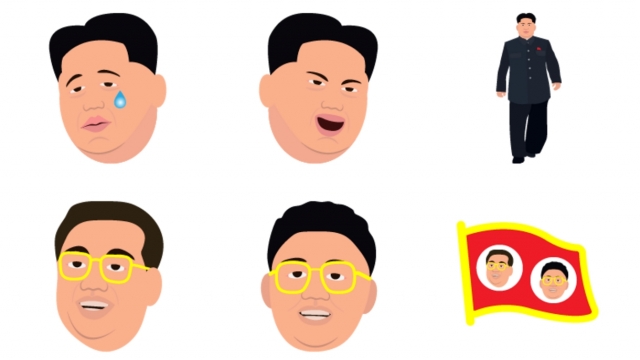 SMS
Will Kim Jong-Un's Emoji Break The Internet Like Kim K.'s Did?
By Kate Grumke
By Kate Grumke
February 12, 2016
Kim Jong-un's emoji aren't as racy as Kim Kardashian's, but they're probably just as controversial.
SHOW TRANSCRIPT

Now, Kim K.'s got some competition — from Kim Jong-un.

With his own set of emoji: "Kimunji."

But they aren't Kim Jong-un-approved. A U.S.-based designer is behind them.

This video includes clips from E! / "Keeping Up With The Kardashians", Sony Pictures Entertainment / "The Interview", and Uriminzokkiri.