Why Is The Boy's Father's Criminal Past Relevant In Gorilla's Death? 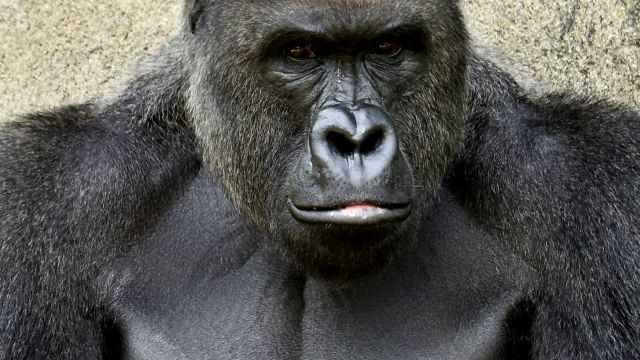 SMS
Why Is The Boy's Father's Criminal Past Relevant In Gorilla's Death?

By Grant Suneson
May 31, 2016
After a gorilla in Cincinnati was killed when a boy fell into its enclosure, the Daily Mail wrote a story about the boy's father critics call racist.
SHOW TRANSCRIPT

In the aftermath of the Cincinnati Zoo’s decision to kill 17-year-old gorilla Harambe after a boy fell into his enclosure, the attention has turned to the child’s parents.

A Change.org petition with hundreds of thousands of signatures says the boy needed better supervision, and plenty of op-eds were published about who deserves blame for Harambe’s death.

Now, some critics are crying foul over an article from the Daily Mail that reveals the boy’s father, who is black, has had several run-ins with the law, calling the post racist.

In the New York Daily News, Shaun King wrote the story is a "hit job" on the boy’s father and added that "it does not appear that the boy’s father was even at the zoo with his family on Saturday. Why then mention him at all? Why name him?"

The boy's family said he's doing fine and thanked the Cincinnati Zoo for its actions, saying, "We know that this was a very difficult decision for them, and that they are grieving the loss of their gorilla." Cincinnati police initially said they wouldn't consider any charges against the parents, but a Hamilton County prosecutor later said police would open an investigation.

Many animal lovers were outraged by the zoo's decision to kill the gorilla instead of using tranquilizers. Western lowland gorillas, like Harambe, are considered critically endangered by the World Wildlife Fund. Experts say the population has dwindled down to around 200,000 animals left in the world. More than half of the population has disappeared in the past 25 years.

This video includes clips from WCPO.