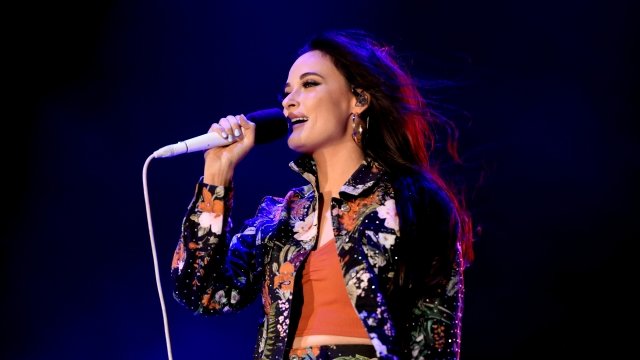 By Chance Seales
November 13, 2018
To explain the gender gap in country music radio, one DJ used a salad metaphor: Men are the lettuce. Women are the tomatoes.

Think of the best-selling country albums of all time: Shania, Taylor, the Dixie Chicks.

But flip on a radio and you might be waiting a while before hearing their songs. Look at Billboard's top 10 country artists of all time. Nine are men. Reba McEntire is No. 7. Of the 20 most played country songs on the radio in 2017, a whopping one was sung by a solo female artist.

That lopsided exposure — and resulting business opportunities — has an effect: money. The highest-paid country crooners in 2018 were Luke Bryan, Garth Brooks, Kenny Chesney, Zac Brown Band and Blake Shelton. Dolly Parton is the only woman in the top 10.

Nashville women have taken note and are fighting the gender gap. In 2014, Change The Conversation launched to address inequalities across the industry. That mission really turbocharged the next year after "Tomatogate."

Radio consultant Keith Hill infamously cautioned radio executives: "Trust me, I play great female records. They're just not the lettuce in our salad. The lettuce is Luke Bryan and Blake Shelton, Keith Urban and artists like that. The tomatoes of our salad are the females."

Martina McBride created "Tomato Lover" shirts. Others posted on social media that they were "proud" to be a tomato. But still, the ratio of playtime is approximately one female song to every nine male songs. Here's the strange part: Radio consultants say women are the ones who don't want to hear other women sing drawing plenty of pushback there.

Let's quantify the country market, which defies many stereotypes.

It's equally popular among men and women. Hispanic listeners have grown by 25 percent since 2010. The average country fan makes just over $81,000 per year. Three in 10 make six figures. Having dinner with family every night is important to more than 80 percent.

Most own a home. More than half are college-educated, married or work full-time.

All that to say country music has a diverse audience, and lots of people love tomatoes —  even if it defies a corporate consultant's formula.