Why Did Steve Ballmer Spend So Much On The Clippers? 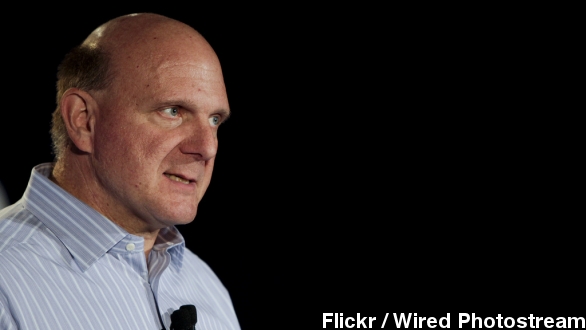 SMS
Why Did Steve Ballmer Spend So Much On The Clippers?

By Nathan Giannini
May 30, 2014
The former Microsoft CEO agreed to buy the team for a record-breaking $2 billion, almost four times the previous record high.
SHOW TRANSCRIPT

Well, that was over far quicker than we thought it would be.

The previous highest sale price for an NBA franchise came just last month when the Milwaukee Bucks sold for a paltry-in-comparison $550 million. (Via CBS)

So what makes the Clippers worth almost four times that?

Probably the biggest reason is location. Los Angeles is the second biggest city in the U.S. And perhaps more importantly, it's home to 34 billionaires — only New York and San Francisco have more. (Via Flickr / Kevin Stanchfield)

​Which FiveThirtyEight points out is one of the strongest predictors of franchise value. Not only are there more uber-rich bidders driving up the price, but also those billionaires will still be there if Ballmer ever decides to sell. And that's a lot of people to buy luxury boxes and courtside seats.

For comparison, the LA Dodgers sold in 2012 for $2.1 billion — the highest-ever sale price for a North American sports franchise. So this isn't completely ridiculous. (Via Flickr / Robert Scales)

Ballmer is of course a multi-, multi-, multibillionaire himself, with an estimated net worth of more than $20 billion. That would make him the richest owner in U.S. sports. (Via Flickr / Javier Domínguez Ferreiro)

No. 2 on that list: his former boss at Microsoft, Paul Allen, who owns the Portland Trail Blazers. (Wikimedia Commons / Miles Harris)

So he clearly has the money for this kind of buy.

SB Nation's Tom Ziller points out the Clippers also get to renegotiate their TV deal in two years. Right now, they pull in just $20 million a year, which Ziller says is comparable to a midmarket team.

But it's nothing compared to their neighbors, the Lakers, who Forbes estimates get around $180 million per season. Although the Clippers aren't the Lakers, an anonymous source told the website $75 million a year is a reasonable estimate for the new deal. (Via Flickr / Christopher Chan)

The NBA's national TV deal is up at the same time. That currently pays each team around $30 million annually, but a sports media expert told Ad Age that could potentially double.

That's a lot of extra money potentially coming down the pipeline, and most of it is dependent on the Clippers staying in LA. There have been rumors he would consider moving the team to his old stomping grounds of Seattle, but that would be crazy after such a huge investment, right? Well, it's not such a ridiculous notion.

He fought pretty hard to keep the Sonics from moving in 2008. He also reportedly tried to buy the Sacramento Kings with a goal of moving them to the Pacific Northwest just last year. But there's a lot working against a potential move. (Via Flickr / Sergio Bonachela)

The NBA still has to approve the sale. Forbes points out the idea of moving to Seattle is a great bargaining chip for the owners when negotiating with their own city — for tax breaks or a new arena, for example.

Essentially, "Do what we want, or we're moving to Seattle." So it's unlikely the league would approve the sale if a move were on the cards.

And despite the rumors, it doesn’t appear Ballmer is even interested in moving the team. He told The Wall Street Journal earlier this month: "If I get interested in the Clippers, it would be for Los Angeles. ... Moving them anywhere else would be value destructive."

And his colleague Ramona Shelburne noted the Clippers have nine years left on their lease at Staples Center.

So that should put the relocation rumors to bed ... for now, at least.