When Artificial Intelligence Creates Art, Who Owns It? 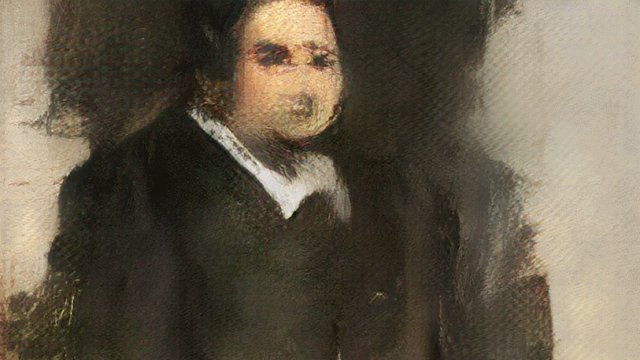 SMS
When Artificial Intelligence Creates Art, Who Owns It?
By Cat Sandoval
By Cat Sandoval
November 2, 2018
A painting created by AI sold for close to half a million dollars — and also raised questions about ownership.
SHOW TRANSCRIPT

When artificial intelligence produces a work of art, who owns the final product? Not the AI machines — not yet.

There are still a lot of human components that play a part. I mean, if a judge didn't give this monkey copyright to his own selfie, then a machine can't technically own anything either.

"It tries to replicate what any artist would do, like trying to create from what it knows. It forces you to try to understand your own creativity and how you'd be able to replicate it," Gauthier Vernier of Obvious said.

In the "Edmond de Belamy" painting, humans played a role. So it makes sense that humans own the final output. They, after all, wrote the computer codes and fed the machine 15,000 reference paintings that taught the AI machine how to paint.

The GANs AI machine works by using two algorithms: one creates art and a discriminator algorithm that distinguishes between human-made and computer-made art. It's when the discriminator can no longer tell the painting was created by a computer that the art is complete.

"If the discriminator is able to say, 'wait a minute that's created by a computer' the generator runs it again and the cycle finishes when the discriminator says, 'I give up, I can't tell,'" said Richard Lloyd, Christie's international department head of prints and multiples. 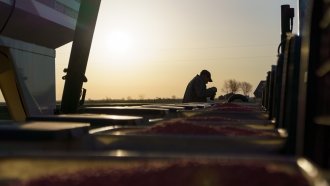 Robot Farms Are Here. What Can Farmers Expect?

In the case of Bellamy's painting, ownership can be complicated as said by a Christie's spokesperson:

"Is it the person that wrote the algorithm? Is it sort of the combination of the artwork that was uploaded or is it the people that tweaked the software? And I think this is why its so inspiring and interesting because we've never really have to ask these questions before."

Obvious acknowledged they relied on other innovations: the GANs AI tool (created by someone else) and a majority of the open source code from Robbie Barrat. On Twitter, Barrat wrote: "Am I crazy for thinking that they really just used my network and are selling results?"

AI created art and ownership doesn't have to be complicated like the Bellamy painting. When AI is used as a tool for creativity, users of the program retain ownership. Take Google's Deep Dream Generator, which transforms user images into dream visions. Two pieces of art sold for $8,000 each — and the users reaped the profits.