WHO: 'Perfect Storm' Could Cause Ebola Outbreak To Spread 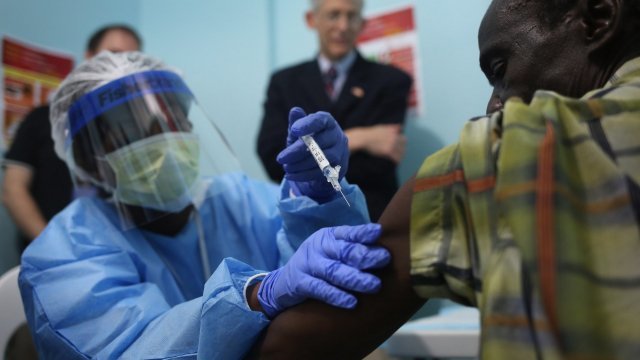 SMS
WHO: 'Perfect Storm' Could Cause Ebola Outbreak To Spread

By Caitlin Baldwin
September 25, 2018
The outbreak in the Democratic Republic of Congo is spreading closer to the Uganda border.
SHOW TRANSCRIPT

The World Health Organization says a "perfect storm" in the Democratic Republic of Congo could cause the Ebola outbreak to spread.

The WHO says the outbreak is close to reaching the Uganda border. So far the virus has killed as many as 100 people and sickened at least 119.

The WHO says that so-called "perfect storm" is caused by three main issues: vaccine refusal due to superstition and distrust, a looming political election and an ongoing humanitarian crisis.

On Monday, officials reported that one of their Ebola response teams was under lockdown after armed rebel groups killed multiple civilians.

Uganda has started taking precautionary measures in case the virus crosses the border.