The White House Says US Workers' Wages Are Actually Up, Not Down 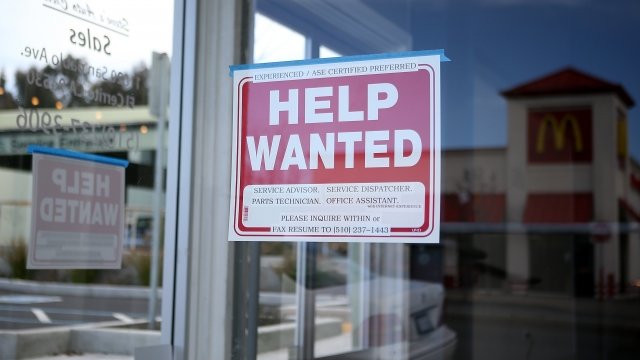 SMS
The White House Says US Workers' Wages Are Actually Up, Not Down

By Cristina Mutchler
September 6, 2018
A new report from the Trump administration says U.S. workers' wages are growing, despite recent federal statistics that say the opposite.
SHOW TRANSCRIPT

A new report from the Trump administration suggests American workers’ wages are growing, despite other federal statistics.

Recent data from the Bureau of Labor Statistics shows American workers’ hourly earnings were down 0.2 percent over the last year. But a Council of Economic Advisers, or CEA, analysis says wages actually increased 1.4 percent.

Here's why the two results differ: The CEA says the BLS measurements aren't fully accurate because they don't factor in bonuses and benefits. It also touts the Trump administration's passage of the Tax Cuts and Jobs Act, which Republicans promised would bolster employee wages.

Typically, economic analysts associate low unemployment rates with wage growth. And with the unemployment rate at an 18-year-low under the Trump administration, even the Federal Reserve is unsure why wages aren't rising.

To be clear, the CEA says its report isn't a criticism of the Labor Department, which is set to release a look at August job data Friday.