White House Has To Respond To Bieber Deportation Petition 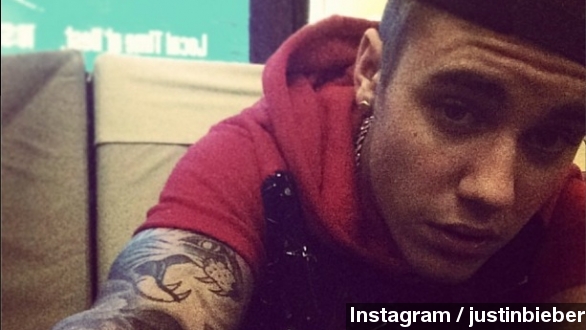 SMS
White House Has To Respond To Bieber Deportation Petition

"We would like to see the dangerous, reckless, destructive, and drug abusing, Justin Bieber deported and his green card revoked." (Via The White House)

That's just an excerpt from the White House petition calling for the 19-year-old Canadian-born pop star to get the boot back to his home land.

The petition hit more than 100,000 signatures in just six days. The White House has promised to review any petition that reaches 100,000 signatures within 30 days. So, yeah looks like we've got a qualifier. (Via Island Def Jam Music Group / Justin Bieber)

Now, the Biebs has had more than his fair share of alleged transgressions under his belt. "DUI under alcohol or drugs, resisting without violence and driving with an expired drivers license." (Via CBS)

That was about a week ago after police say Justin was caught drag racing in Florida. (Via ABC)

Then there's the whole egging his neighbor house claim — it reportedly caused thousands of dollars in damage. When police searched Bieber's home they found drugs belonging to his friend Lil Za who was arrested on the spot. (Via CNN)

And that's just the recent string of reports putting the him in the negative spotlight. But as TMZ puts it, "Here's the thing -- none of Bieber's alleged crimes would get him deported under current immigration law. So this is an extreme long shot at best." (Via TMZ)

And the outlet's not the only one doing a bit of eye rolling at the petition. In fact we looked at a lot a Canadian TV stations presenting the petition as kind of a dumb idea.

"The types of offensives were talking about here... they don't really meet the criteria of an aggravated assault or a violent crime that would cause them to revaluate one person's visa." (Via CBC)

That analyst also pointed out all the support Bieber has. He's got 49 million followers on Twitter, so when you look at the 100,000 people who are a little annoyed at the singer, it's pretty much chump change. (Via Twitter / @JustinBieber)

As for an official White House response, you probably shouldn't expect one anytime soon, they're not required to reply immediately, it could actually take years.

But Wednesday at least one reporter took the situation seriously enough to asked state department spokeswoman about it. Jen Psaki laughed off the question and said visa status are confidential. (Via The Washington Free Beacon)