What Will FDA Regulation Mean For The E-Cigarette Industry? 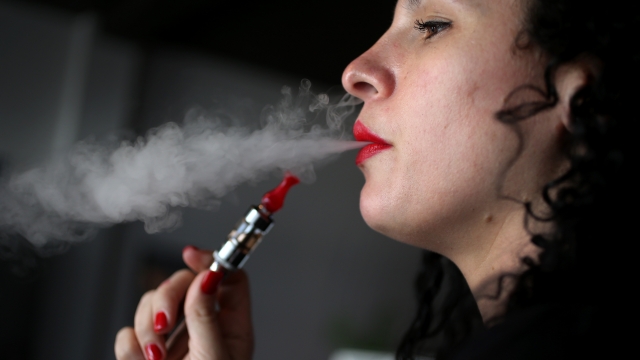 SMS
What Will FDA Regulation Mean For The E-Cigarette Industry?

By Katherine Biek
May 5, 2016
The U.S. Food and Drug Administration can now regulate all tobacco products, including e-cigarettes.
SHOW TRANSCRIPT

It's about to be more difficult for just anyone to get their hands on an e-cigarette.

The U.S. Food and Drug Administration has had the authority to regulate cigarettes and roll-your-own tobacco products since 2009.

And now it's extending that authority to cover all tobacco products, like cigars, hookah tobacco and, yes, even e-cigarettes.

Its first rule: No one under 18 can purchase these tobacco products.

Now, according to the National Conference of State Legislatures, prohibiting the sale of electronic cigarettes to minors is something at least 48 states have already done — including New York and California.

Still, teens have been able to get their hands on these products through vending machines and free samples from retailers.

In fact, a study jointly supported by the Centers for Disease Control and Prevention and the FDA found the use of e-cigarettes by high school students has increased 900 percent from 2011 to 2015.

But the FDA hasn't imposed any regulations on flavored tobacco products yet; that's something advocacy groups are concerned about because research suggests the flavors might attract teen smokers.

The FDA's regulations also require tobacco manufacturers to submit products for authorization and for product advertisements and packaging to have health warnings. The new rules go into effect in 90 days.