What's The Problem With Facebook's Free Internet In India? 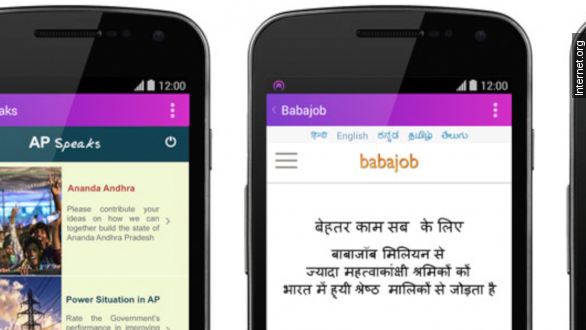 SMS
What's The Problem With Facebook's Free Internet In India?

Facebook’s Internet.org is losing support in India, as tech companies there criticize its stance on net neutrality.

The idea behind Internet.org is to spread Internet connections by offering access to certain websites for free. In India's case, that's 38 websites, apps or services, including Facebook and its Messenger service.

Last month, the Telecom Regulatory Authority of India issued a paper seeking public comment over whether certain app and service providers should be allowed to charge premiums to offset infrastructure costs.

The paper seems to have helped trigger a fresh push for true net neutrality. Critics take issue with Internet.org’s practice of subsidizing access to certain sites.

India-serving apps, such as Cleartrip and Flipkart, and news organizations, including NDTV and The Times of India, are all now scaling back or ending their involvement with the nonprofit.

On its blog, Cleartrip explains: "What started off with providing a simple search service has us now concerned with influencing customer decision-making by forcing options on them."

"A limited, impoverished Internet created by corporate strategy, perhaps, but a free slice of Internet that might introduce hundreds of millions to a utility that everyone now agrees is a human right."

And for what it's worth, India stands to gain a lot from even subsidized Internet programs: World Bank data shows just 15.1 percent of India's population have Internet access, compared to 84.2 percent of people in the U.S.

All the same, the Indian media giant Times Group has appealed to publishers across the platform to withdraw from Internet.org.

"We will lead the drive towards a neutral internet, but we need our fellow publishers and content providers to do so as well, so that the playing field continues to be level."

"For people who are not on the Internet though," Zuckerberg said, "having some connectivity and some ability to share is always much better than having no ability to connect and share at all."