What It's Like Seeking An ADHD Diagnosis As An Adult 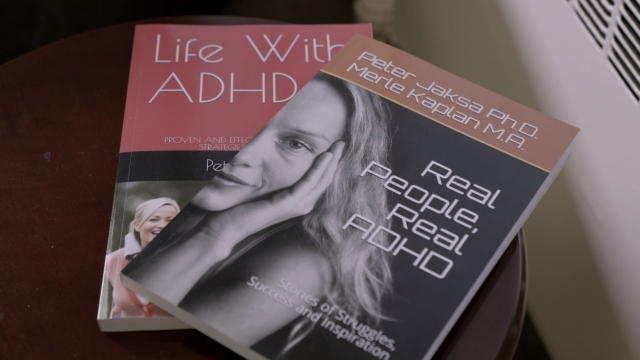 SMS
What It's Like Seeking An ADHD Diagnosis As An Adult
By Casey Mendoza
By Casey Mendoza
October 13, 2021
For adults, common ADHD symptoms include more difficulty with time management, poor listening skills and low frustration tolerance.
SHOW TRANSCRIPT

ADHD has long been associated with childhood development and the idea that kids could grow out of it in adulthood.

But the truth is that ADHD never really goes away, and it's never too late to seek a diagnosis.

"I work with people of all ages. From preschool, mostly school age, all the way through people in retirement," psychologist Dr. Peter Jaksa said.

Researchers found that ADHD diagnoses among adults more than doubled over the past decade — growing four times faster than ADHD diagnoses in children in the United States.

"I didn't get diagnosed until I was 25 when I was in grad school," clinical ADHD specialist Dr. Kojo Sarfo said.

Over the past couple months, Newsy's Casey Mendoza has been wondering if she's one of those adults.

"You can almost see the light bulb come on. Like 'Aha, sounds like me,'" Dr. Jaksa said. "And once you start to learn about it, things start to click. Things that didn't make sense before, start to make sense now."

Mendoza said her "aha moments" happened every time she learned more about specific symptoms of ADHD: like time blindness — where 10 minutes, one hour and vice versa can feel the same to her. Or hyperfixation — where she says she can get easily immersed in one thing for hours, even though she says she gets easily distracted doing anything else.

"There's an old joke about ADHD that the only consistent thing about ADHD is inconsistency," Dr. Jaska said.

Now, let's make one thing clear: Everyone gets distracted and everyone procrastinates. But for people with ADHD, the inability to regulate attention constantly gets in the way of life. And for adults who are untreated, it can manifest in anxiety and depression — both things Mendoza said she's lived with for years.

Mendoza: "What does a diagnostic test look like? How does a person get diagnosed with ADHD now?"

Dr. Jaska: "Very good question. There is no one test for ADHD. The most powerful diagnostic indicator is a lifetime pattern of history."

"Because folks may not have the best recollection of when they're young, the usual standard of care is to try to get multiple different folks' input," child and adolescent psychiatry fellow Dr. Kunmi Sobowale said. "So that could be from a parents, that can be from a spouse, that can be from a teacher or a coach."

"It was thought that maybe people with ADHD was 90% boys, 10% girls. This is not true," Dr. Jaska said. "Another common misconception is that if you're successful in life, you can't have ADHD. It's just complete nonsense."

"Human beings are so incredible. I think we underestimate our ability to adapt," Dr. Safro said.

"I work with people with ADHD in almost any occupation you can think of, and people do well," Dr. Jaska said.

More people are seeing through the past misconceptions of ADHD — especially as more adults speak up about their experiences online.

And with this better knowledge of what ADHD is, new telehealth companies like Done, Ahead and Circle are making it easier to find help online.

Done and Ahead start off with basic quizzes with questions like, "How often do you avoid or delay getting started on a task?"

These quick questionnaires are pretty simple, but they're just the first step.

The bigger part of the process is an appointment with a clinician — remote or in-person — who can assess their patients' history and the extent to which their distractibility affects their lives.

"Many people's lives change profoundly once they identify the ADHD, and learn more, and learn how to deal with it," Dr. Jaska said.

For a lot of adults struggling with the symptoms of ADHD, there's a sense of hope and optimism in an ADHD diagnosis and the potential to learn more about how to manage it.