What Does It Take To Get People To Eat Bugs For Lunch? 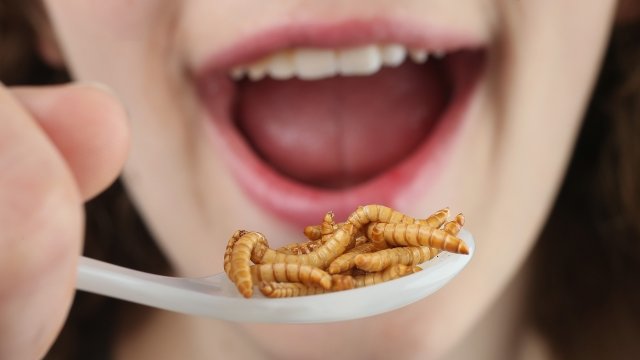 SMS
What Does It Take To Get People To Eat Bugs For Lunch?

By Lindsey Theis
October 2, 2018
Eating insects, or entomophagy, is still rare in the U.S. A new study suggests promoting bugs' taste and luxury could get more people to try them.
SHOW TRANSCRIPT

Taste might be keeping consumers from trying insect protein, according to a new study.

For insect farmers like Wendy Lu McGill of Denver, research is her “crystal ball” because there's few studies and relatively new government regulations for edible insects in western cultures.

“[While] we have to follow the same food safety guidelines that any food manufacturer would,” McGill said. “I try to watch research as close as I can. Particularly consumer acceptance. It definitely guides me as a business owner.” 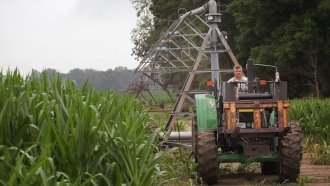 Where Is The Farming Industry Headed?

McGill is one a handful of insect farmers in the growing US industry — a market predicted to exceed 50 million dollars by 2023. Reports show meat consumption is expensive and can have damaging environmental consequences. But mealworms only need a fraction of the land used for beef, and they produce far less CO2.

In the new study, participants watched ads about the environmental and health benefits of eating insects, as well as its taste. Respondents said the ads about taste or quality made them more willing to try it.

Some restaurants are already adding insects to their menu. At Comida in Denver and Aurora, Colorado, head chef Sandra Banchs runs different specials that have included mealworms or crickets.

“I think there’s still that fear of I’m eating a bug,” she says. “More so in their head, than the fact of ‘Hey, I am getting sustainable protein here, and this is the future of foods.”