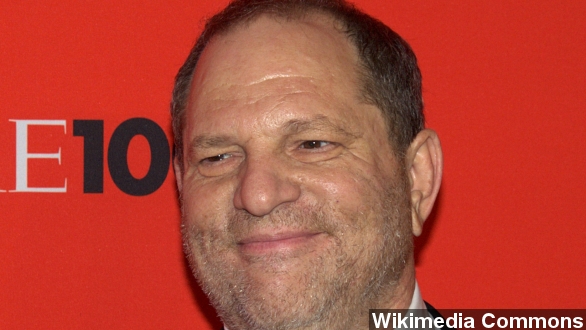 By Jamal Andress
December 12, 2013
Harvey and Bob Weinstein are taking Warner Brothers and Time Warner to court over the highly anticipated sequel to the "The Hobbit."
SHOW TRANSCRIPT

Harvey and Bob Weinstein are taking Warner Brothers and Time Warner to court over the highly anticipated sequel to the "The Hobbit."

which worked out very well for all parties involved. To date "The Lord of the Rings Trilogy" has brought in almost $3 billion, and "The Hobbit" another $1 billion, according to Box Office Mojo.

And for the Weinsteins, that meant a fat check with plenty of zeroes.

The brothers kept a stake in the films sold to Warner Bros and, according to Entertainment Weekly, made more than $100 million off the three blockbuster hits. (Via CNN)

But their problem now is all the potential money they will be missing out on with the "The Hobbit" movies.

"They say New Line is trying to deny them their financial share of two upcoming films. The brothers sold the movie rights to New Line back in 1998 but reportedly were only entitled to a cut of the first motion picture but not remakes." (Via WTVJ)

The Wall Street Journal says it's a matter of wording, writing the Weinsteins "are owed gross participation on the 'first motion picture' based on each book, but not on 'remakes.' The contract, filed in court, doesn't specifically address situations in which one book is split into multiple films."

According to Bloomberg, a statement by Warner Brothers places the blame squarely on the Weinsteins saying, "This is one of the great blunders in movie history."

But the lawyers for the Weinstein brothers argue the studio is being flat-out greedy. (Via CBS)

This case is just one of many courtroom battles the brothers have had with major motion picture companies, and this is the second high-profile case with Warner Brothers this year.

This summer Warner Brothers exercised it's right to movie title "The Butler" forcing the Weinstein Company to rename the movie, "Lee Daniels' The Butler" and pay a fine.

The Weinstein brothers will find out just how much money they're fighting for when "The Hobbit 2: The Desolation of Smaug" hits theaters Friday.