Why Do We Humanize Storms And Hurricanes By Giving Them Names? 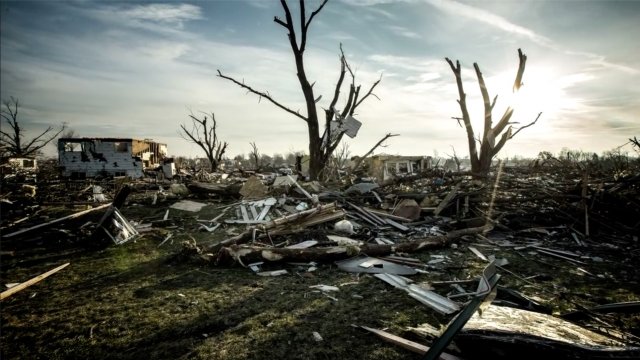 SMS
Why Do We Humanize Storms And Hurricanes By Giving Them Names?

Storms and hurricanes have human names, but they didn't always. The older, more complicated method was identifying them by latitude and longitude, but the numbers led to confusion, especially when two or more storms or hurricanes occurred at the same time. Names communicated better. It's shorter and more distinct.

Before we delve into names, we should point out the difference between storms and hurricanes: Storms have speeds of 39 miles per hour or more. Once it hits speeds of 74 miles per hour, it gets renamed as a hurricane.

The earliest documentation of naming a storm was in 1825 when Hurricane Santa Ana hit Puerto Rico. At the time, hurricanes were named after saints.

In 1953 — from the Gulf of Mexico, Caribbean Sea to the North Atlantic Ocean — storms were then given female names by the National Hurricane Center. It hearkened back to the "nautical tradition" when boats and ships were named after women. Names were alphabetical, like "Tropical Storm Alice," "Hurricane Barbara" and "Hurricane Carol." After public complaints of sexism, male names were incorporated into the mix in 1978. 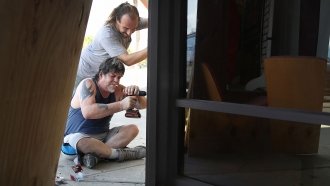 What Makes People Choose To Ride Out Hurricanes?

Today, there are six lists with 21 names for the Atlantic tropical storms. It alternates between male and female names each year. Names that begin with Q, U, X, Y and Z aren't included for Atlantic storms. The list gets repeated every seventh year, so the 2018 names will appear again in 2024. Should all 21 names be used, which is rare, Greek letters like Alpha and Beta will be used. Different parts of the tropical cyclone basin have their own rotating list managed by the World Meteorological Organization.

The only time a name is retired is when the storm or hurricane causes mass casualties and destruction. Harvey and Maria were retired in 2018, Sandy in 2012, and Katrina in 2005. WMO then selects new replacement names.