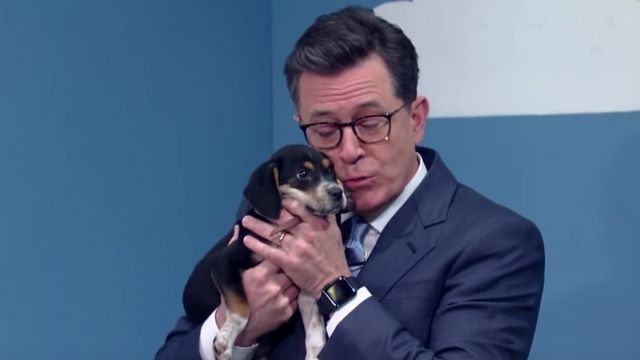 By Danielle Dieterich
March 21, 2017
All the featured dogs (and one cat in a dog costume) are adoptable at North Shore Animal League America.
SHOW TRANSCRIPT

Stephen Colbert took another run at "Rescue Dog Rescue," a bit in which he and a celebrity guest come up with ridiculous lies about rescue dogs so the pups will get adopted.

During the segment's first go-around, the creepy-yet-lovable Aubrey Plaza joined Colbert. This time, Breaking Bad star Bryan Cranston helped out — and the lies were more elaborate.

"This is Ginger," Colbert said. "Ginger has 'Benjamin Button' disease and 'Memento' disease, so every time you see her, she'll be even cuter and more excited to meet you for the first time." 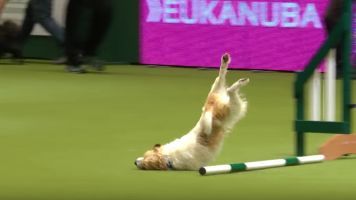 They also sneaked a cat in this time: little Columbus, who wore a dog costume and a sign that read, "I am a puppy, not a kitten in a puppy costume."

All these animals are up for adoption from North Shore Animal League America.