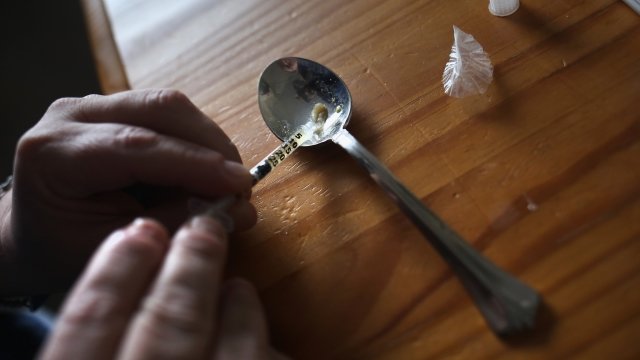 On Monday, the District of Columbia revealed a plan to cut opioid-related deaths by half in the nation's capital by 2020.

The plan, called “LIVE. LONG. DC.: Washington, DC’s Strategic Plan to Reduce Opioid Use, Misuse, and Related Deaths,” was created in response to the fact that overdose deaths have more than tripled in the District in recent years. African-Americans make up more than 80 percent of those deaths, according to the report.

The local agencies, doctors, council members and others involved in the plan have devised strategies focusing on "prevention, treatment and recovery support." Some of these include more access to the drug naloxone, more education on the dangers of opioids for public school kids, and the creation of an Opioid-Related Death Review.

The plan is estimated to cost nearly $24 million and will be implemented through September 2020. According to the Washington Post, it will mostly be funded by a federal grant through the District’s Department of Behavioral Health.