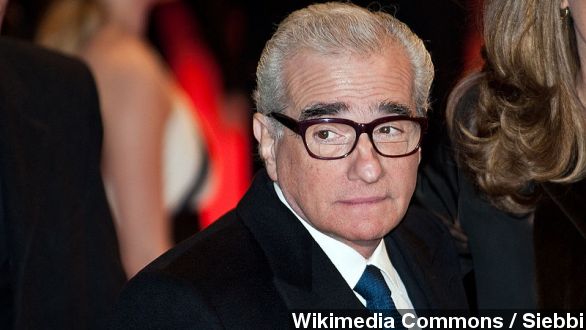 By Mikah Sargent
December 24, 2013
During an Academy screening of Martin Scorsese's latest film, 'The Wolf of Wall Street,' the director was apparently heckled.
SHOW TRANSCRIPT

​Martin Scorsese’s “The Wolf Of Wall Street” has been called a lot of things:

“We don’t work for you man. You have my money taped to your boobs. Technically you do work for me.” (Via Paramount Pictures / "The Wolf of Wall Street")

And from Slate — “claustrophobically narrow.”

“My name is Jordan Belford. The year I turned 26, I made $49 million, which really pissed me off,  because it was 3 shy of a million a week.” (Via Paramount Pictures / "The Wolf of Wall Street")

And 75-year-old actress and Academy Awards screener Hope Holiday would apparently agree with those less-than-favorable sentiments.

In a Facebook post following the Academy Awards screening, Holiday called the event “torture at the Academy … three hours of torture,” and said at the event, a screenwriter berated Scorsese and lead actor Leonardo Dicaprio, “screaming--shame on you --disgusting … ”

But Paramount Pictures, the studio behind the film, called Holiday’s version of the events “extreme” and said only one person had made a negative comment at the screening.

And the Los Angeles Times is also giving a different run down of the events, writing: “The audience laughed throughout the film and [one scene] drew loud applause as the film continued to play.”

Now, some have speculated Scorsese was only heckled in the first place because the film has gotten so much Oscar buzz. (Via Empire Magazine)

But whatever the reason for the heckling, as Variety points out, it’s all part of the showbiz tradition.

After the first screening of the classic film “Sunset Boulevard” producer Louis B. Mayor told director Billy Wilder he’d disgraced the industry and should be tarred and feathered. Perhaps a good sign for Scorsese's chances at an Oscar. “Sunset Boulevard” went on to win three Academy Awards. (Via Paramount Pictures / "Sunset Boulevard")