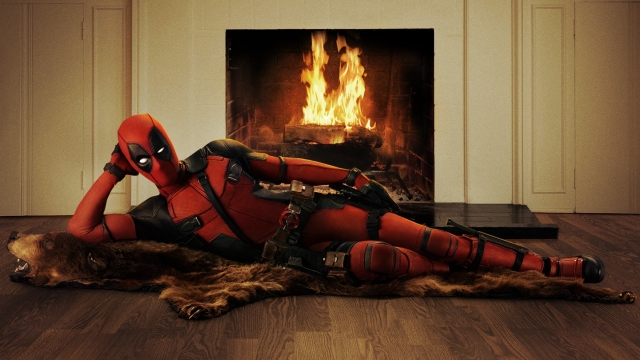 "I don't have time for your X-Men bullshit, Colossus. Besides, nobody's getting hurt — that guy was up there before we got here," Ryan Reynolds said in "Deadpool."

OK, scratch that. Not Deadpool.

But Ryan Reynolds, who plays the smart-mouthed mercenary, got the honor.

Reynolds' latest project might make him seem like an odd choice for a father award — after all, "Deadpool," which will be released in theaters Friday, is rated R.

But really, the timing couldn't be more perfect. Reynolds, who has a daughter with wife Blake Lively, has been all over the news recently doing press for his upcoming film.

Jimmy Fallon was even able to work the People cover into his interview with Reynolds Tuesday.

"Ryan's going to be on the cover of People magazine, guys!" said Fallon.

"I mean, honestly, scientifically speaking, what's sexier than a man who fornicates, produces children and then looks surprised about it?" Reynolds joked.

Well, at least he's being humble about his new title, right?