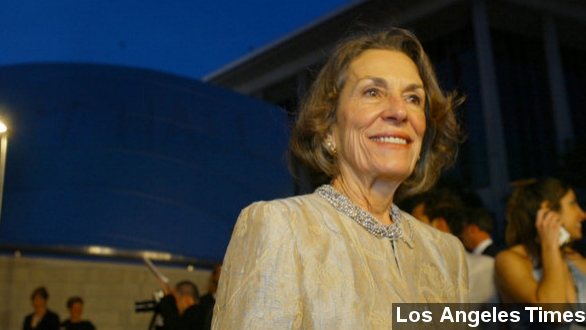 By Jamal Andress
November 19, 2013
The Disney founder's only biological daughter, Disney Miller was the inspiration behind the Disneyland theme park.
SHOW TRANSCRIPT

Disney Miller, the Disney founder's only biological daughter, lived in Napa, California, and died from injuries she suffered after a fall in September. (Via Weldon Owen Publishing)

The Walt Disney Family describes the legacy of Disney Miller on it's website, writing, "While devoting her earlier life to raising her seven children, over the past two decades, Diane undertook an active advocacy to document the life and accomplishments of her father." (Via The Walt Disney Family Museum )

Many will remember Disney Miller for her role in building the Walt Disney Concert Hall in Los Angeles which just this year had it's ten-year anniversary, as well as serving as Walt Disney's inspiration for Disneyland. (Via YouTube / LAPhilVideos)

"I wanted something that would bear my father's name, that would come from his wealth but not be commercial. ... That would be just a wonderful thing for the city, for the spirit, for the soul. I think we achieved that." (Via Los Angeles Times)

Disney Miller is survived by her husband, seven children, thirteen grandchildren and one great grandchild.