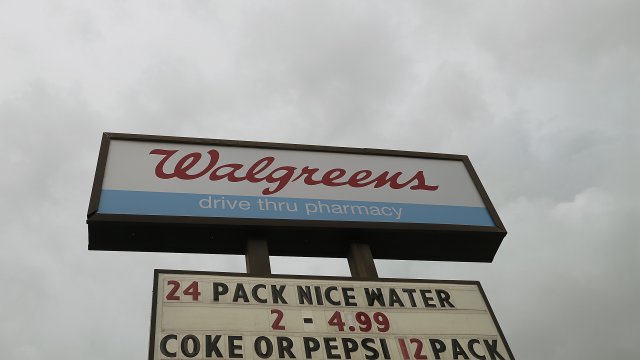 SMS
Walgreens And CVS Ask Customers Not To Openly Carry Weapons In Stores
By Alec Larson
By Alec Larson
September 5, 2019
The pharmacy chains are asking all their customers, with the exception of law enforcement officers, to avoid openly wielding weapons in their stores.
SHOW TRANSCRIPT

Walgreens and CVS are joining a growing number of businesses in asking customers not to openly carry weapons in their stores.

Their announcements follow similar statements from Walmart and Kroger that asked customers in "open carry" states not to openly wield weapons in their stores. All four companies explicitly said their requests did not apply to law enforcement officers.

A Kroger representative told CNBC that the grocery chain "has demonstrated with our actions that we recognize the growing chorus of Americans who are no longer comfortable with the status quo and who are advocating for concrete and common sense gun reforms."

Walmart also recently announced that in the wake of the deadly shooting at its El Paso, Texas, location, the company would completely end the sale of handguns and several kinds of ammunition. The same statement asked customers not to openly carry weapons in its stores.

Walmart CEO Doug McMillon said: "As we've seen before, these horrific events occur and then the spotlight fades. We should not allow that to happen. Congress and the administration should act."