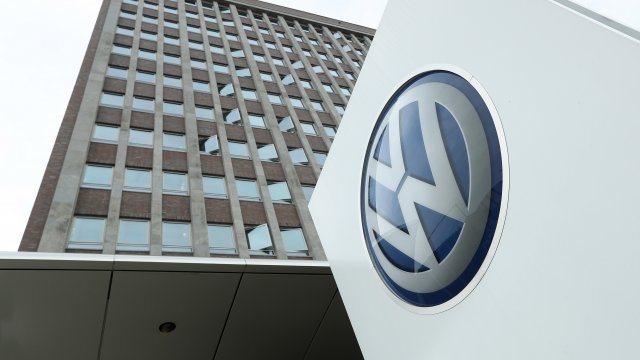 SMS
Volkswagen Fires Jailed Audi CEO Amid Emissions Cheating Scandal
By Ahmed Jawadi
By Ahmed Jawadi
October 2, 2018
The former CEO was arrested back in June for his involvement in the the company's emissions scandal.
SHOW TRANSCRIPT

Volkswagen announced it has severed ties with Audi's CEO Rupert Stadler for his alleged involvement in the emissions cheating scandal of 2015.

The automaker said in a statement Tuesday it dismissed Stadler because of his inability to "fulfill his duties" due to his current incarceration. Stadler was arrested back in June on suspicion he had interfered with the ongoing fraud investigation into Volkswagen.

The company had been using special software designed to make its diesel cars appear to run cleaner than they actually did. Once discovered, Volkswagen admitted to rigging about 11 million diesel cars and was forced to pay over $30 billion in fines, recalls and settlements.

Six Volkswagen executives, including its former CEO, were indicted in May on charges of conspiracy and fraud. Stadler is the highest-level executive to be arrested so far.