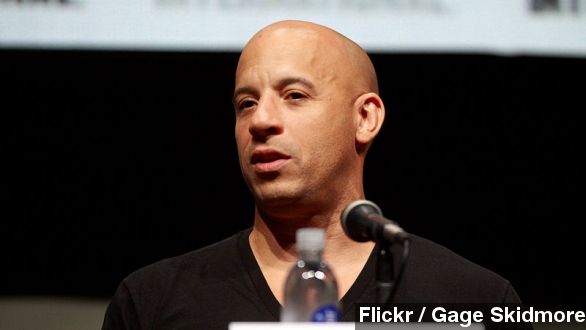 By Lauren Zima
December 3, 2013
The actor paid tribute to his co-star from the &quot;Fast &amp; Furious&quot; series by speaking out to fans.
SHOW TRANSCRIPT

Actor Vin Diesel paid tribute to his friend and co-star Paul Walker during a memorial for him Monday night.

"If he could see for himself that all of you have showed up to show my brother love at this hard time ... I just wanted to say thank you. Thank you for coming down here." (Via KABC)

Of course, Walker was killed Saturday afternoon in a car crash after leaving a charity event. Police shut down the crash site Monday night so that family and friends could attend a private memorial for him there.

"Fast & Furious" co-star Tyrese Gibson had visited the site on Sunday, and broke down. (Via New York Daily News)

The area has been flooded with memorabilia and flowers as fans come to pay their respects. (Via Independent.ie)

The crash is still being investigated, though police have ruled out the possibility that another vehicle was involved. They do believe speed was a factor.

Although according to some reports, Walker and his friend Roger Rodas, who was driving, had taken the car out for a test drive because they thought something was wrong with it. (Via The Hollywood Reporter)

Walker is survived by his family and friends, including his father and 15-year-old daughter.