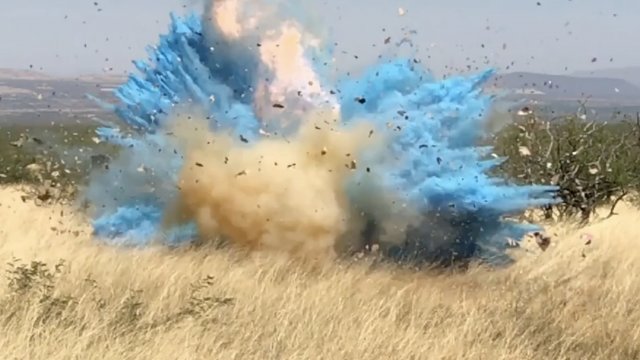 The video shows off-duty border patrol agent Dennis Dickey shooting a target that explodes in a cloud of blue smoke. The resulting brushfire grew and spread to Coronado National Forest. Dickey said it was "a complete accident," and he pleaded guilty to a misdemeanor in September.

Dickey was ordered to pay $8 million in restitution and appear in a public service announcement with the Forest Service.