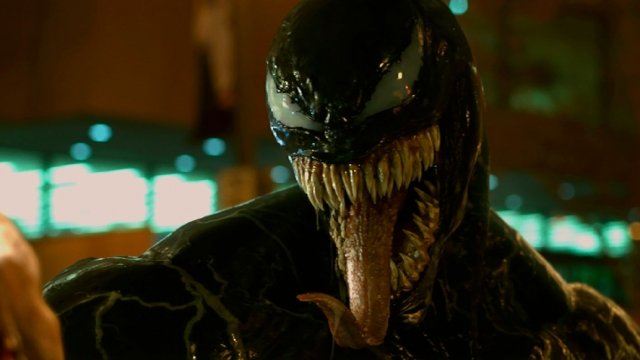 Taking the No. 1 spot this week in spectacular fashion is "Venom" bringing in an estimated $80 million in its first weekend out. That's the best October debut in box office history beating "Gravity's" 2013 debut by nearly $25 million.

Along with a really strong domestic showing, "Venom" made even more money from the foreign box office — pulling in a better than expected $125 million. And that's without China, where a premiere date is still set to be announced.

Along with a really strong domestic showing, "Venom" made even more money from the foreign box office — pulling in a better than expected $125 million. And that's without China, where a premiere date is still set to be announced.

But this exceptional box office debut is noteworthy for more reasons than one. A lot of ink has been spilled about the power a rotten 'Rotten Tomatoes' score has and how damaging it can be to a film's bottom line.

But "Venom" carries a terrible 32% on the tomatometer and scored a recording breaking box office debut anyway. In stark contrast to the overall critical reception, the audience score on the review aggregator is nearly 90%.

Oh and, one more bit of good news for this arguably bad movie — the next live action superhero flick, "Aquaman" doesn't hit the silver screen until December giving "Venom" lots of breathing room to collect as many box office dollars as possible.

Taking the No. 2 spot this week is the latest iteration of the "A Star Is Born" story bringing in an estimated $41 million and producing buckets of tears along the way.

This is Bradley Cooper's directing debut and Lady Gaga's Hollywood movie debut but you wouldn't know it by looking at the reviews or feedback on this fantastic film.

"A Star is Born" carries a 91% on the tomatometer and has all the film nerds making Oscar predictions way too early. Always a good sign.

While "A Star Is Born" didn't break any box office records on its own, it did help make the last three days the best weekend in October history at the box office.

Falling to third place this weekend is "Smallfoot" bringing in an estimated $14.9 million in its sophomore weekend.

As for next week, Ryan Gosling stars in the new feature film "Oscar Bait."