Venezuelans Prepare For Potential US 'Military Option' Against Maduro 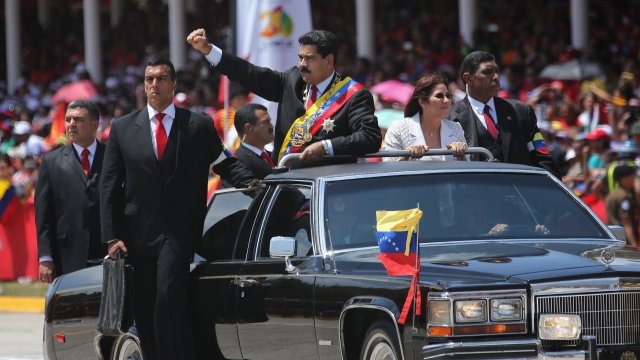 SMS
Venezuelans Prepare For Potential US 'Military Option' Against Maduro

Embattled Venezuelan President Nicolás Maduro is apparently turning to civilian loyalists as a line of defense against U.S. military intervention to overthrow his regime.

Over the weekend, a statement on Venezuela's state-run television said "all Venezuelans between the ages of 18 and 60 are required to contribute to the integral defense of the nation." The outlet broadcast training exercises, which civilians took part in, and "anti-imperialist" rallies.

On Aug. 11, President Donald Trump said: "We have many options for Venezuela, including a possible military option if necessary."

The civilian training came a couple weeks after Trump made those comments, and only a day after the U.S. Treasury Department sanctioned Venezuela's oil industry, something its economy relies on. 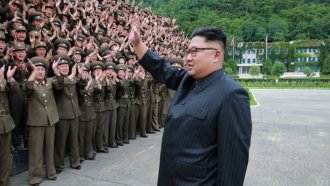 But Trump's rhetoric might have worked in Maduro's favor.

Maduro blames Venezuela's economic crisis and recent political violence on a conspiracy orchestrated by the U.S.

"Nobody can use economic and financial measures to impose their political will over a country," he said. "Economic war, pressures and blackmail are illegal. They ratify an imperial road of aggression."

Maduro pushed for a controversial vote to elect a "Constituent Assembly" with the power to rewrite the constitution as well as pass laws. That move has been criticized as a step toward dictatorship.