Vaping Pot Gets You More High Than Smoking It, Study Finds 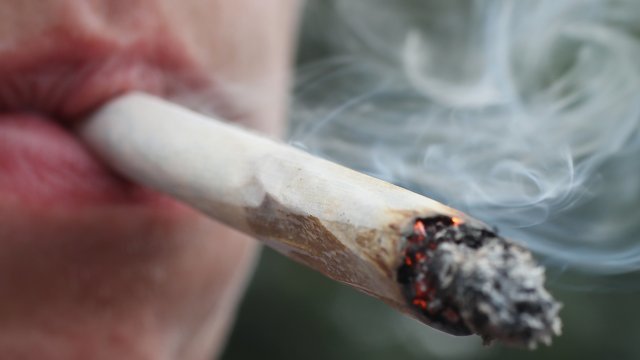 SMS
Vaping Pot Gets You More High Than Smoking It, Study Finds
By Nnamdi Egwuonwu
By Nnamdi Egwuonwu
December 1, 2018
The study found that vaping marijuana leaves more THC in your blood than smoking it, resulting in a stronger high.
SHOW TRANSCRIPT

As more and more Americans are using marijuana, a new Journal of American Medical Association study suggests that people should put more thought into how they’re ingesting the drug.

The study found that users who vaped marijuana instead of smoking the drug had higher levels of THC in their bloodstream.

That means the more potent dose from vaping led to a stronger high. But it also amplified some of the drug’s more adverse side effects, like anxiety, paranoia, hallucinations and vomiting.

The director of the Pittsburgh Poison Center says it's important to note the differences in intake methods to combat the misconception that vaping and smoking will produce the same effects.

He says this is especially important for teens, as data shows they’re more likely than any other age group to vape rather than smoke. A recent study found one in eleven middle and high schoolers have vaped cannabis using an electronic cigarette.