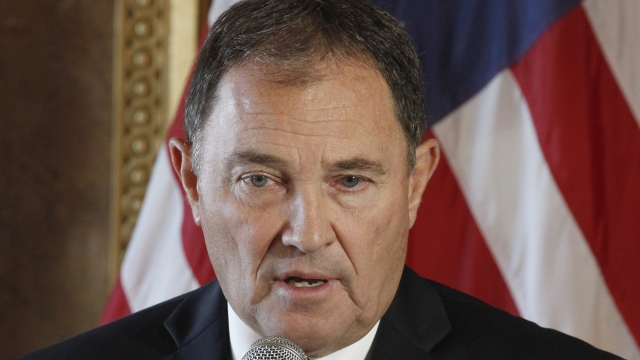 Utah Gov. Gary Herbert has proposed a rule that would ban so-called "conversion therapy" for minors in the state, calling it a "harmful practice."

Earlier this year, a similar bill that aimed to ban conversion therapy for minors stalled in the legislature. The controversial practice aims to "convert" LGBTQ people to heterosexuality, but it's ineffective and can be harmful to patients' mental health.

But on Tuesday, Herbert directed the Division of Occupational and Professional Licensing to file the new rule, which was written with input from policy groups, advocates and organizations.

In a statement, Herbert said: "I have learned much through this process. The stories of youth who have endured these so-called therapies are heart rending, and I'm grateful that we have found a way forward that will ban conversion therapy forever in our state."

According to the Human Rights Campaign, 16 states, the District of Columbia and Puerto Rico have banned conversion therapy for minors, and many medical groups including the American Medical Association have denounced it.

According to the Salt Lake Tribune, the proposed rule is expected to be published on Dec. 15, and could go into effect by Jan. 22.