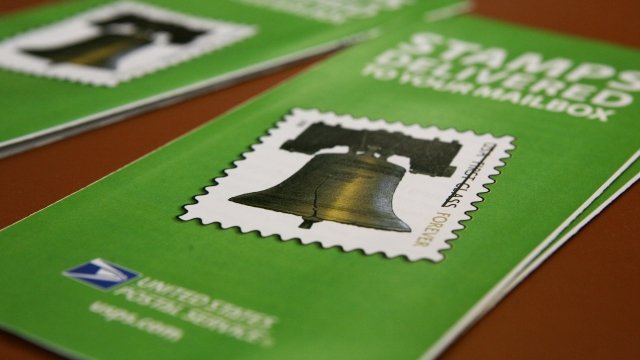 By Briana Koeneman
October 11, 2018
The agency announced Monday it's looking to raise the price of its first-class mail Forever stamp from 50 cents to 55 cents, among other changes.
SHOW TRANSCRIPT

The U.S. Postal Service wants to up the price of its first-class stamp in its ongoing battle against declining revenue.

The agency announced Wednesday it's looking to raise the cost of its first-class mail Forever stamp from 50 cents to 55 cents, among other price changes.

The USPS said in a statement, "The Governors believe these new rates will keep the Postal Service competitive while providing the agency with needed revenue."

The postal service has been struggling financially for a while now. In 2017, it reported its 11th straight year of losses, thanks to a decline in mail along with pension and health care costs for its employees.

If approved, the price changes will go into effect in January.