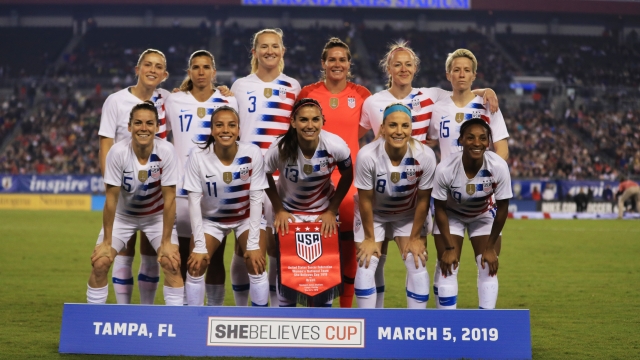 SMS
US Women's Soccer Team Files Gender Discrimination Lawsuit
By Alec Larson
By Alec Larson
March 9, 2019
All 28 members of the team signed on to the lawsuit against the U.S. Soccer Federation.
SHOW TRANSCRIPT

Just months before the World Cup, the U.S. Soccer Federation is facing a federal class-action lawsuit — and the suit comes from the U.S. women's team.

All 28 members of the team signed on to the lawsuit. It accuses the U.S. Soccer Federation of gender discrimination for paying the women less than the players on the men's soccer team.

The lawsuit states, "Despite the fact that these female and male players are called upon to perform the same job responsibilities ... the female players have been consistently paid less money than their male counterparts."

U.S. Soccer has faced similar accusations before. In 2016, five members of the women's team filed a complaint accusing the federation of gender-based wage discrimination. That complaint was never resolved.