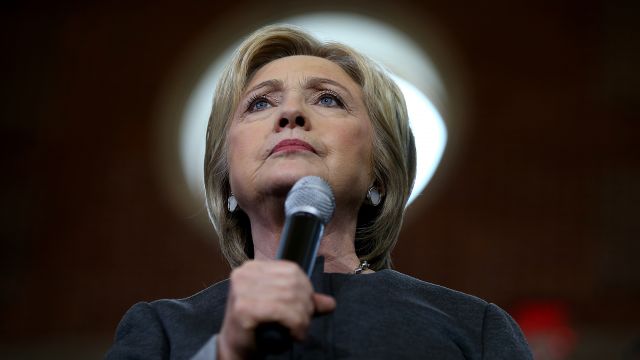 By Katie Link
February 29, 2016
The U.S. State Department will release the last round of Hillary Clinton's emails Monday night, but the scandal is far from over.
SHOW TRANSCRIPT

Hours ahead of the Super Tuesday primaries, the U.S. State Department will release the last batch of emails from Hillary Clinton’s private server.

In total, nearly 55,000 pages of emails will be posted online by the end of the day Monday in the race to meet a court-ordered deadline.

The email scandal has followed Clinton since early 2015 after a reporter filed a lawsuit demanding to see her emails from her time as secretary of state. Months later, The New York Times reported Clinton never used a government email account during her term, using a private account and server instead.

More than 1,000 of those emails were upgraded to different levels of confidentiality before the U.S. State Department released them, though Clinton maintains that none of the information in those emails was classified at the time.

Last month, the U.S. State Department labeled 22 messages as "top secret" and refused to release them. According to Politico, none of the messages to be released Monday have that classification.

The release of the remaining documents, approximately 4,000 pages, doesn't mean the issue is over. Clinton still faces an ongoing FBI investigation into her private email server.

This video includes clips from Hillary for America, CBS and images from Getty Images.