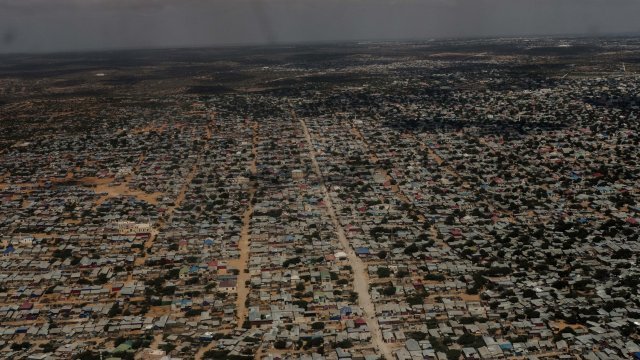 SMS
US Re-establishes Permanent Diplomatic Presence In Somalia
By Alec Larson
By Alec Larson
December 4, 2018
The U.S. hasn't had a permanent diplomatic presence in the country since 1991.
SHOW TRANSCRIPT

The U.S. State Department announced Tuesday it had re-established a permanent diplomatic presence in Somalia.

This represents the country's first permanent presence there since 1991, when the U.S. closed its embassy in Mogadishu following the overthrow of Somalia's president.

The U.S. did reopen its diplomatic mission with Somalia in 2015 but based it out of Kenya.

Earlier this year, President Donald Trump selected Donald Yamamoto to act as the U.S. ambassador to Somalia, and he was confirmed by Congress in October.