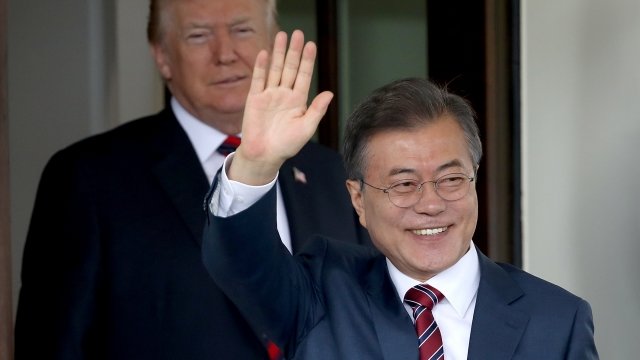 The U.S. approved the possible sale of new patrol aircraft and a missile system to South Korea.

U.S. arms sales to South Korea have angered North Korea in the past.

On Thursday, the Defense Security Cooperation Agency announced the potential deals, worth $2.6 billion total. This would include six P-8A Patrol Aircraft and 64 Patriot Advanced Capability missiles.

South Korea has used American P-3 surveillance planes for more than 25 years. The P-8A is the newest "maritime, patrol and reconnaissance aircraft built by the US," according to CNN. The announcement says the new aircraft should last 30 years.

As for the missile system, the agency says it would support "U.S. foreign policy and national security objectives" and help South Korea improve its defense. The announcement says the missile system would not "alter the basic military balance in the region."