US And Chinese Warships Almost Collide In South China Sea 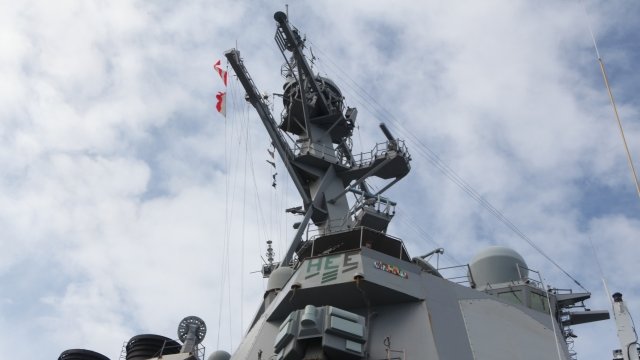 The U.S. and China are trading blows yet again.

This time it's about two warships that almost collided near contested islands in the South China Sea on Sunday. A Chinese ship approached the USS Decatur, getting within 45 yards of it. The American warship was forced to move out of the way.

A U.S. Navy Pacific Fleet spokesman called the maneuver "unsafe and unprofessional." He also said the Chinese ship got increasingly aggressive and even warned the Decatur to leave the area.

CNN reports the Decatur was conducting so-called "freedom of navigation operations" in the South China Sea at the time of the incident. Those operations are a way for the Navy to enforce free travel through international waters. They happen all over the world.

But China says the U.S. has repeatedly threatened the country's rule and safety by sending warships to its islands and the surrounding waters.

In response, the Chinese defense ministry said the country's military would "resolutely perform its defense duties and continue to take all necessary measures to safeguard our sovereignty."