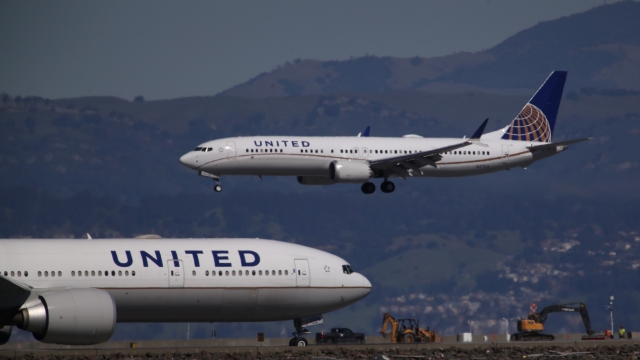 United Airlines has pulled the grounded Boeing 737 Max from its flight schedule until early March, following in the footsteps of Southwest and American Airlines.

United said Friday that the company would extend cancellations of 737 Max flights until March 4, after previously grounding the jets through Jan. 5. It says it expects to cancel around 3,400 flights in 2020.

In a press release, the airline said, "We have cooperated fully with the FAA's independent review of the MAX aircraft, and we won't put our customers and employees on that plane until regulators make their own independent assessment that it is safe to do so."

Earlier this month, both Southwest and American Airlines extended their 737 Max flight cancellations until March 2020. At the time, Southwest said "continued uncertainty around the timing of MAX['s] return to service" was a large factor in its decision.

Boeing said earlier this week that it intends to return the 737 Max to commercial service by January 2020.