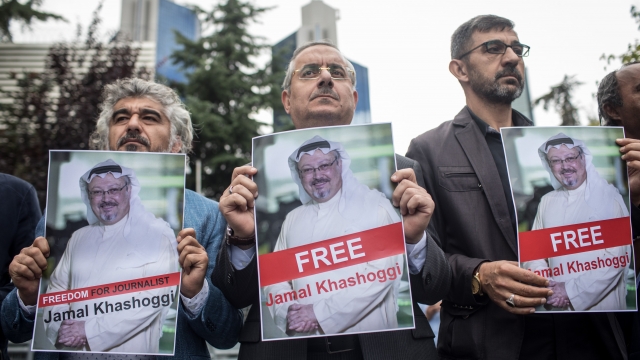 A U.N. human rights expert is calling for Saudi Arabia to be more transparent about its investigation into the death of journalist Jamal Khashoggi.

Agnes Callamard, who is leading the international human rights inquiry into the journalist's death, says Saudi Arabia could be breaking international laws by keeping the investigation and the suspects' trials under wraps.

The Saudi government arrested 21 suspects in connection with  Khashoggi's death and is trying 11 of them.

U.N. Security Council members have been invited to attend some the closed-door hearings, but Callamard warns that the representatives "risk being participants in a potential miscarriage of justice" if it turns out the trials violate human rights law.

She's calling on the Saudi government to make the details of the investigation public, including the names and charges of the suspects, the trial hearings and evidence, and information about efforts to locate Khashoggi's remains.

Khashoggi was killed inside the Saudi consulate in Istanbul in October. His body is still missing.

Earlier this month, the president of Saudi Arabia's Human Rights Commission pushed back on cooperating with the U.N.-led investigation, saying the country is adhering to its own laws and international laws.