The UN Says Global Hunger Is On The Rise, Thanks To Climate Change 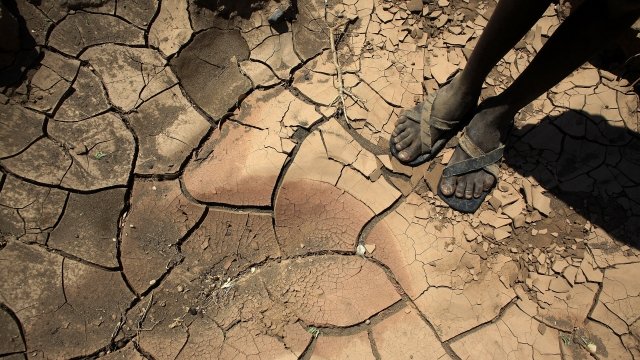 SMS
The UN Says Global Hunger Is On The Rise, Thanks To Climate Change

By Cristina Mutchler
September 11, 2018
A new report found one in every nine people were malnourished in 2017. That's more than in 2016.
SHOW TRANSCRIPT

The number of hungry people around the world is going up for the third year in a row -- and climate change is partly to blame, according to the United Nations.

A new UN report highlights the negative impact climate change has on global agriculture, driving up the number of people who are considered undernourished. That's due to factors like changing rainfall patterns, droughts and climate extremes affecting major crop production.

Researchers found that 821 million people -- one in nine people in the world -- were malnourished in 2017, compared to about 804 million in 2016. If the upward trend continues, the UN says its goal of eliminating world hunger by 2030 will be at risk.

The agency is urging world leaders to take action on strengthening global food systems, so they can adapt to changes in climate.

In addition to climate change, the UN also notes conflict and economic slowdown have contributed to an increase in world hunger.