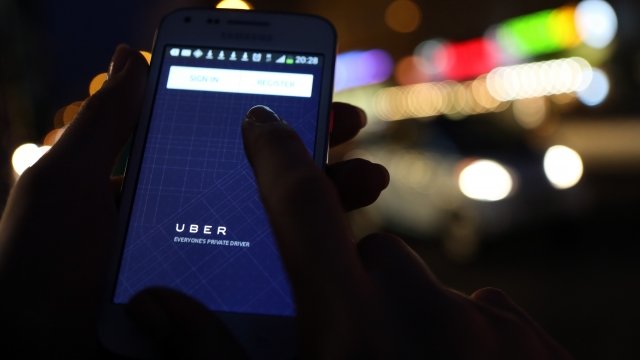 Uber announced it will offer free rides to voters headed to the polls this November. The company said in a statement: "Decisions get made by those who show up."

Transportation to polling places is one of the variables often linked to low voter turnout. According to voting data from the U.S. Census Bureau, nearly 500,000 people who didn't vote in the 2016 presidential election cited "transportation problems" as the reason.

Uber says it will be working with #VoteTogether and Democracy Works to provide free rides to voters.

Lyft announced in August it will also help voters get to the polls. The company's partnered with organizations like Vote.org and Nonprofit Vote to distribute promo codes for 50 percent off. And for communities that are underserved, Lyft says it will provide free rides to voting locations through nonprofit partnerships with Voto Latino, local Urban League affiliates and the National Federation of the Blind.

The November elections could be a turning point for control of Congress. Republicans are trying to hang on to a 51-49 majority in the Senate, while Democrats will attempt to reclaim 23 seats to gain control in the House.