Uber And Lyft Drivers In NYC Are Getting A Raise 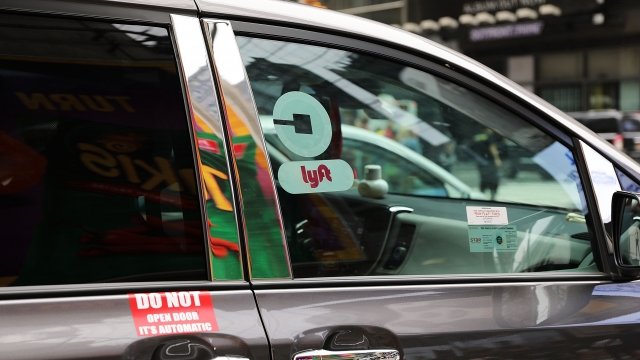 SMS
Uber And Lyft Drivers In NYC Are Getting A Raise

Drivers for ride-hailing companies like Lyft and Uber are soon going to be earning a minimum wage in the Big Apple.

The New York City Taxi and Limousine Commission voted to establish the pay rate this week — it's the first of its kind in the nation. Under the new rules, drivers will start earning $17.22 per hour after expenses sometime in January.

That's higher than the state's $15 minimum wage that's slowly being implemented, but the commission says it'll all equal out since, as independent contractors, ride-hailing drivers pay their own payroll taxes and don't earn any paid time off.

Drivers should be happy — multiple outlets report the minimum wage ensures most drivers will now be earning about $10,000 more a year.

But ride-hailing companies aren't pleased. Uber's director of public affairs says the regulation will force the company to charge riders more money. While Lyft — which has begun taking steps to go public — said it could cause drivers to only want to give rides inside Manhattan.