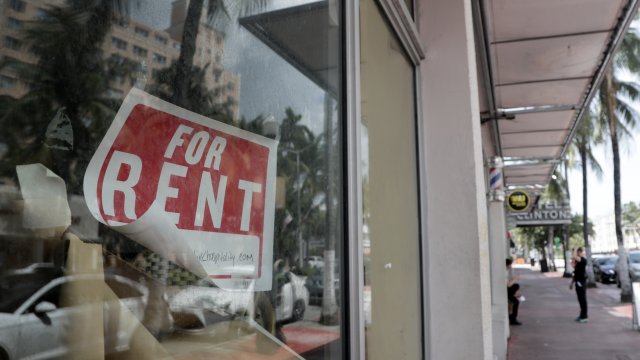 By Bianca Facchinei
July 30, 2020
Economic activity fell by an annual rate of 32.9 percent from April to June.
SHOW TRANSCRIPT

The U.S. economy shrank by an annual rate of 32.9 percent from April to June, in the worst plunge since the 1940s.

The second-quarter report of Gross Domestic Product — the total goods and services produced in the U.S. — is the latest data highlighting the scope of the pandemic's economic devastation. It comes as the Labor Department reports another 1.4 million Americans filed jobless claims last week — a minor increase from the week prior.

A recent spike in new COVID-19 cases has economists worried about what lies ahead. On Wednesday, Federal Reserve Chairman Jerome Powell warned the surge is weighing on growth.

"A full recovery is unlikely until people are confident that it's safe to re-engage in a broad range of activities," Powell said at the end of the Federal Open Market Committee meeting.

The GDP losses weren't quite as bad as they were expected to be, but the decline is nearly seven times higher than the drop seen in the first quarter of the year.