U.S. And Brazil Agree To Private Development In Amazon 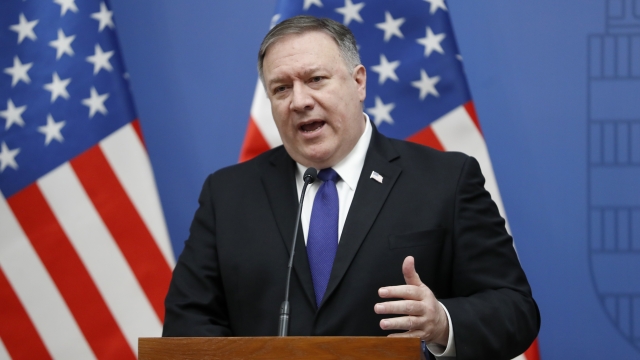 SMS
U.S. And Brazil Agree To Private Development In Amazon
By Alec Larson
By Alec Larson
September 15, 2019
​As a result of their first strategic dialogue in years, the U.S. and Brazil have agreed to make a major investment in development in the Amazon.
SHOW TRANSCRIPT

The U.S. and Brazil agreed to push private-sector development in the Amazon rainforest on Friday, in their first strategic meeting in years.

U.S. Secretary of State Mike Pompeo announced that the two countries would follow through on an earlier agreement to invest $100 million over 11 years for Amazon biodiversity conservation, led by the private sector.

In response to critics worried about protecting the rainforest in light of recent fires set by loggers clearing land, Brazil's Foreign Minister said the leaders are convinced that economic development is the only way to really protect the forest. He said "We need productive initiatives that create jobs, that create revenue for the people in the Amazon, and that's where our partnership with the United States will be very important to us."

The Amazon has been devastated by a surge in fires in 2019, with millions of acres of land now scorched. Brazil's president Jair Bolsanaro has been accused of not doing enough to protect the forest. But his administration has said that conservation efforts ignore the country's business interests.