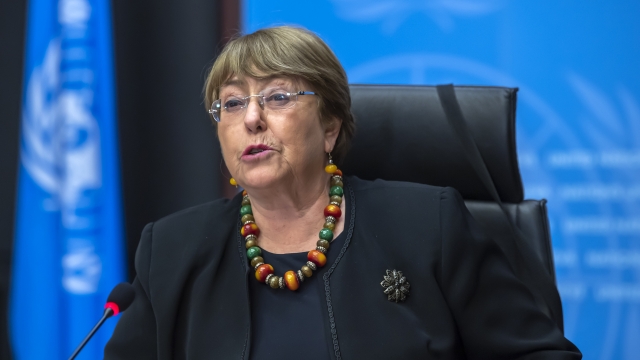 The U.N. human rights chief, in a landmark report launched after the killing of George Floyd in the United States, is urging countries worldwide to do more to help end discrimination, violence and systemic racism against people of African descent and "make amends" to them — including through reparations.

The report from Michelle Bachelet, the U.N. High Commissioner for Human Rights, offers a sweeping look at the roots of centuries of mistreatment faced by Africans and people of African descent, notably from the transatlantic slave trade. It seeks a "transformative" approach to address its continued impact today.

The report, a year in the making, hopes to build on momentum around the recent, intensified scrutiny worldwide about the blight of racism and its impact on people of African descent as epitomized by the high-profile killings of unarmed Black people in the United States and elsewhere.

"There is today a momentous opportunity to achieve a turning point for racial equality and justice," the report said.

The report aims to speed up action by countries to end racial injustice; end impunity for rights violations by police; ensure that people of African descent and those who speak out against racism are heard; and face up to past wrongs through accountability and redress.

"I am calling on all states to stop denying — and start dismantling — racism; to end impunity and build trust; to listen to the voices of people of African descent; and to confront past legacies and deliver redress," Bachelet said in a video statement.