Turkey Welcomes US Troops Withdrawal From Syria After Call With Trump 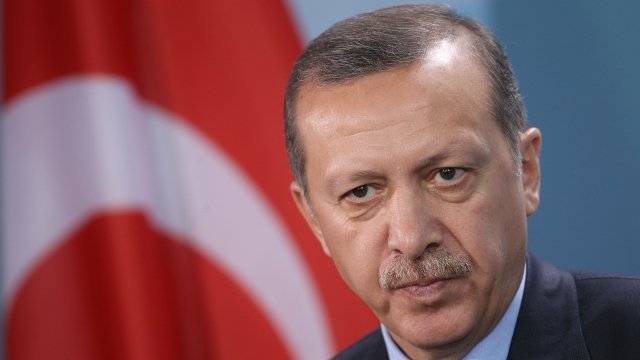 A Friday announcement from Turkish President Recep Tayyip Erodgan may be prompting more questions about what might've led to President Donald Trump's decision to pull U.S. troops from Syria.

Erodgan also said he "welcomed" America's withdrawal from Syria, which was met with criticism from bipartisan lawmakers in Washington along with allies like France and the U.K.

According to the Associated Press, a Dec. 14 phone call between the two leaders was what triggered Trump to make the exit plan.

Citing unnamed officials, the AP reports Secretary of State Mike Pompeo set up the call to discuss Erdogan's planned operation in northeastern Syria, where American forces are based.

The media outlet says Trump ignored advice from Pompeo and other national security leaders, who advised him to tell Erodgan to stop the operation against the Kurds. Instead, Trump appeared to side with the Turkish leader on a troop withdrawal.

It's important to note that the White House disputes the AP's version of the phone call events, calling the reporting "not true."

So far, neither the State Department nor the Pentagon have commented.

Recent estimates put about 2,000 U.S. troops stationed in Syria. It's unclear exactly how many would come home.