The TSA Wants To Speed Up Airport Security With Biometric Screening 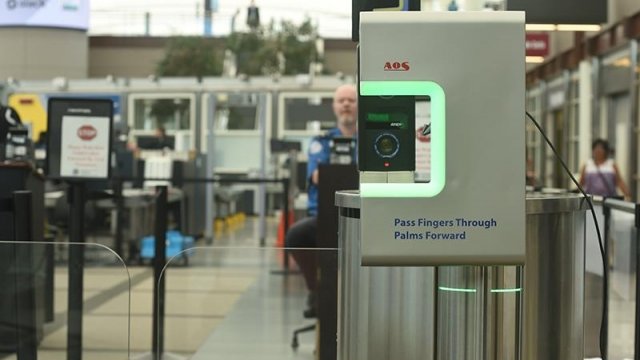 There could come a day when you won't need your photo ID to get through airport security anymore.

The TSA is moving to incorporate more biometric screenings across the U.S. That means using things like facial recognition or fingerprints to check a traveler's identity.

Some airports are already testing that technology. Denver and Atlanta's international airports tested using fingerprints to screen TSA Precheck passengers in June 2017. The process let travelers use their fingerprints for both proof of identity and their boarding pass.

At LAX in Los Angeles, the TSA has started testing facial recognition at the international terminal. In this case, facial recognition doesn't replace the need for a physical photo ID. Instead, it automates the screening process. So travelers scan their passport or government ID, and the system takes a picture to confirm the person matches the photo on the ID.

The TSA says the move toward biometric screening will improve security and speed up the screening process for travelers. While the agency released a roadmap to update its technology on Monday, it didn't lay out a timeline for the transition.